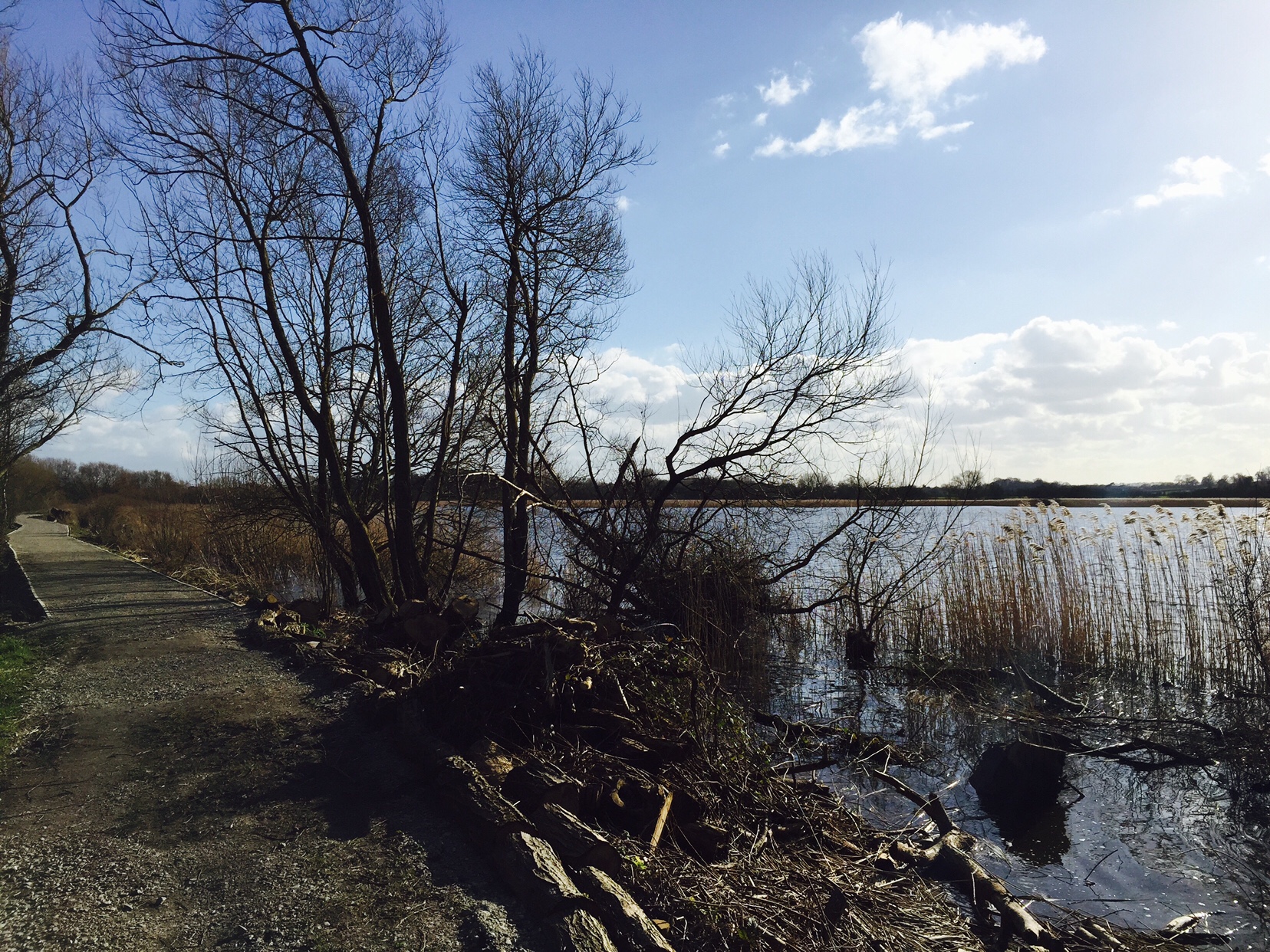 Following on from yesterday’s post, some more thoughts on one of my favourite poems.

More years ago than I care to remember I had an amazing teacher. You know how everyone has that teacher who changed their lives? The person who woke them up to learning, or gave them confidence?

Well mine was Mr B. He was everything you could want in a teacher: Bearded, kindly, funny, wise and excruciatingly clever. (His insight could make you wince). However, he always wore his academic prowess lightly and I liked his genuine curiosity and interest he had for everyone he met. He never, ever, made me feel stupid. This is remarkably rare in my experience. He was, and is, extremely rude (in the crude sense, not the impolite sense – he has excellent manners) something I always find endearing.

I’ll never forget his lessons and how he made poetry sing for me. He was very good at making you feel brilliant. I can honestly say I would not be doing the job I am doing now if it wasn’t for his inspiration.

Embarrassingly, when I interviewed for the teaching job I am in now and was asked the question, ‘why do you teach?’ I answered, ‘because I want to be remembered the way I remember Mr B. a teacher who opened up a world of literature to me in the most amazing way – he changed my life.’

The reason this was embarrassing – apart from the gushing sentimentality of the statement (I was was young and foolish, but meant every word) – was that the headmaster then introduced me to my new Head of Department: Mr B!

He told me afterwards that when I went for the job (in those days they made you HAND WRITE a letter of application.) he passed my letter and CV on to the Headmaster with this note:

So I had the huge pleasure of working with him as a colleague for five years up until he retired; he is still sorely missed at my school.

So, anyway, why as I telling you about Mr B? Well, I sent him my blog post on George Herbert’s ‘Vertue‘ and he wrote me the most wonderful response taking my analysis still further. He writes so beautifully I asked if I could publish it as a guest post and he said yes.

So here it is.

Sweet day, so cool, so calm, so bright,
The bridal of the earth and sky,
The dew shall weep thy fall tonight;
For thou must die.

Sweet rose, whose hue angry and brave
Bids the rash gazer wipe his eye,
Thy root is ever in its grave,
And thou must die.

Sweet spring, full of sweet days and roses,
A box where sweets compacted lie,
My music shows ye have your closes,
And all must die.

Only a sweet and virtuous soul,
Like season’d timber, never gives;
But, though the whole world turn to coal,
Then chiefly lives.

Super stuff.  This is one of my favourite poems, and though I am an atheist it is one of the few poems that I know by heart.  You write about it in a fascinating and stimulating way, and you have illuminated it for me even more.  Here are some thoughts of my own:

Bridal invokes the wedding ceremony but also the bridle of a horse or team invoking union in more ways than one, and there is a lovely assonantal link of bright and bridal*.

Fall was used in the time of George Herbert as it is used in America today, to mean Autumn (that sense crossed the Atlantic and was lost here, like the rolled ‘r’), so we get fall – dropping (the fall of an apple from a Tree in Eden…); fall in the sense of failing to reach an objective (to fall short); ‘Fall’ as in the autumnal death of the year; fall as in death.

The notes to my Norton Critical Edition say: In musical terms, the short final line of each stanza is ‘a dying fall’.

There has been a lot of discussion of the second stanza for he may be invoking venereal disease as a consequence of love – roses are inextricably linked to love and to the vulva, and the adjective rash slides across illogically into the noun rash, like a resonant chord in music.  It more obviously describes what happens if you get pricked in the eye.

The grave here is the nourishment of decaying material: flowers grow well in graveyards, as Herbert would have observed in Bemerton churchyard.

Box suggests a musical box and a box of sweets, but also a coffin – and it is possible that the ‘sweets’ are materials anointing a corpse.  Closes suggests a musical term to me, the closing or coda of a composition, but links to its more general meanings to do with finishing and, eventually, death, not least because boxes close, like coffins and lives, and poems.

I love the rhetorical structure of the poem.  Herbert was appointed Public Orator and was a Reader in Rhetoric at Cambridge University so in those demanding days he must have had a seriously forensic mind.  T S Eliot, that discredited thinker and overrated critic (but that great poet), wittered on about a dissociation of sensibility at the end of the seventeenth century, which makes no sense at all on any level but which deceived several generations into looking for something that hadn’t happened.  However, Herbert’s peers were trained in argument in a way that later generations were not (which is not to say that modern poets are incapable of dialectics) so it may have been more natural for them to present thoughts in terms of a structure of argument rather than sensation or feeling: Bach rather than Delius.  I love both.

Herbert decided that his poetry must communicate to ordinary people, the people who came to his church.  Most of them would have been illiterate.  Thus, Herbert’s language is simple and his imagery is unpretentious.  There is nothing in this poem that would be unfamiliar to them: day, dew, roses, music, boxes, coal, timber.

The poem moves For, And, And, Then, in four dialectical steps: for (because) sets in motion the first and followed by the second and with then in the last stanza showing the inevitable conclusion that will come about because it is the will of God and that is how God has organised the world.

Days in the first stanza, and roses in the second, come together in days and roses in the third and, as you say, the trochaic Only releases the logical, not just the moral, conclusion of what has gone before.

I have been reading this poem for sixty years and, thanks to you, I have only just noticed that the movement of the poem, step by step, is downwards:

I could go on, but poetry, as they say, doesn’t get any better than this….

*  The following comes from vocabulary.com.

Bridal comes from the Old English word brydealo for wedding feast. It’s formed from bryd, for bride, and ealo, or ale, which was often drunk at wedding feasts.

The word bridle also comes from an Old English word, meaning “to move quickly.”  Used as a noun, bridle is part of a horse’s harness. As a verb, it can be used to mean restrain, as you would a horse in its bridle. If you bridle at something, you’re angry or offended.

bridal as bride + -al, and all  that goes with a wedding, but bridle is the device used to restrain a horse, and what you might do if someone tried to put a leather harness on your head.

My lovely friend from uni has just sent me these photos from her home town in Nice - we’ll be there soon! Can’t WAIT! ☀️
I have the best husband ever! Check out this 19th wedding anniversary gift - aquamarine pendent with white gold chain - anyone see any similarities with a certain necklace in one of my books? 🤔 💃
As a uni lecturer in electronic engineering who did a MSc in Maths for fun, you can imagine how much husband loved getting this Fathers’ Day card 🥰🥰
Took my infected leg out with the husband for a lovely meal at @the_pig_hotels in Bridge. Wish I’d taken more photos as it was such a beautiful building with lovely views from the bar over the garden. I was too greedy though and just kept my eyes on the menu. I highly recommend the Sour Conker which had gin and sake and some other things which made it absolutely delicious.
I can’t believe this! Six months after having to rush to A&E with an infected horse fly bite (you can read about that little escapade on my blog) last night I got bitten AGAIN! It’s already infected and swollen so I had to get onto emergency doc for Antibiotics. Bloody horse flies!!
Thanks to @elkastormborn for these absolutely fantastic reviews of #thewomanandthewitch and #frieda